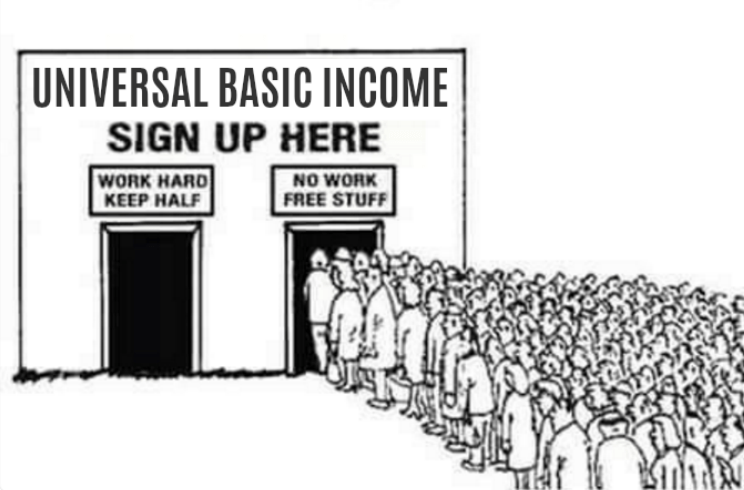 Recent years have seen a flurry of activity in media studios and government offices aimed at weighing up the pros and cons of basic income. Today, across Europe and North America, a number of countries are taking steps to launch investigate pilot schemes.

There is no shortage of backing for such initiatives, from a wide variety of sources. From the French Senate to the Italian city of Livorno, from the New Zealand Labour Party to the Namibian village of Otjivero – we can see new a will to experiment with basic income.

But despite the diverse spread of interest in making basic income a reality, the challenges, even of mounting a pilot scheme, are often formidable.

Is the level of interest in this novel idea just a fad? Will the promise of “free money for everyone” do anything more than make for attention-grabbing media headlines? Or could we see states starting to adopt the model in the near future?

At the moment, the picture is far from clear. Here are some of the key instances over the past year when countries have taken steps towards introducing basic income.

‘Basic income’ in Switzerland
With its unique constitution, vast wealth and high levels of social cohesion and public provision, it would be hard to find a more suitable test-bed for the first full scale implementation of basic income than Switzerland.

Yet the Swiss, who became the first nation to hold a national referendum on basic income last year, overwhelmingly rejected the proposal: 76.9% of voters opposed the measure on a 46.9% turnout.

However, in response to this result, the campaign in support of basic income was surprisingly upbeat. Karl Widerquist, co-chairman of the Basic Income Earth Network said: “In terms of getting it on the agenda, it is a great success.”

The Swiss experience in 2016 reveals some interesting realities about the state of the debate around basic income.

As a campaign Basic Income Switzerland was noted for its grassroots energy and innovative approach to mobilising support.

With no party backing and a lack of funds to buy mass media advertising, the campaign resorted to high-profile stunts instead. This included dumping eight million gold five-cent coins (one for each Swiss resident) outside the national parliament building.

The group also overcame its limited resources with a street march of children dressed as robots, and the creation of the world’s largest poster asking, “what would you do if your income were taken care of?”

The €200,000 bill for the giant poster was entirely crowdfunded.

But despite the publicity generated, the campaign had its limits. There was a lack of focus on the rural vote, where only one in five supported the measure. Like many contemporary activist-led campaigns, the support was greatest amongst young people (1 in 4) and in urban areas (54% supported it in Zurich).

Another weakness was the wording of the proposed amendment to the Swiss Constitution. This gave no figure for the level of basic income, a matter that was to be decided on by Parliament.

A pamphlet written early in the campaign argued for a monthly payment of 2,500 Swiss francs, or €2,200.

Though not an authorised figure, it was seized on by opponents and in media reports of the contest, who said the amount was unrealistically high.

The Swiss proposal arrived as a range of high-profile basic income pilots were about to come online in Europe and North America – notably in Finland, the Netherlands and Ontario.

However, looked at in more detail, these pilots contrast with the plan put before the Swiss.

‘Basic income’ in Finland
On 1 January 2017 the Finnish government provided 2,000 Finns aged 25 to 58 with a guaranteed sum of €560 per month as part of a two-year nationwide trial.

While the government launched the scheme because it wants to cut red tape and poverty levels, the key metric the study will have to prove itself on is unemployment, which currently stands at around 8.1% in Finland.

The head of the country’s social security agency KELA said ‘it would encourage people who are afraid of losing their unemployment or other benefits to take short term jobs.’

This has led supporters of basic income to question whether the scheme borders on social engineering.

The Finnish pilot is said to be restricted by this focus on getting people back into jobs – the sample group is limited to participants who are unemployed and already in receipt of benefits. This contrasts with the core principles of universal or unconditional basic income, which is grounded in concepts of personal freedom and autonomy.

The trial has also been criticised for its potential to act as a regressive wage subsidy: allowing low pay employers to offer shorter hours and lower wages on the basis of the monthly payment from the state.

That said, KELA has already broadcast the social benefits that the pilot already seems to be fostering, with the agency’s head Marjukka Turunen noting:

“This experiment really has an indirect impact, also, on the stress levels and the mental health and so on.”

Like the Swiss referendum, even if the Finnish experiment does not lead directly to implementation, it could help to educate people on aspects of the case for basic income. In particular, it has the capacity to demonstrate the problem of the poverty trap and high marginal tax rates for those returning to work, both of which go hand in hand with most traditional welfare models.

The Finns also plan to undertake a second pilot in 2018 which might be closer to the core principles of basic income.

A more ambitious plan is politically feasible: one poll found that 70 per cent of Finns supported the idea of basic income, at a higher level than that set by the current pilot.

‘Basic income’ in The Netherlands
Such levels of support can also be found throughout Europe, A survey last year by Dalia Research found that 68% of people across all 28 EU member states would “definitely or probably” vote in favour of some form of universal basic income.

But if the Finnish pilot has provoked questions amongst basic income enthusiasts, plans afoot in the Netherlands to pilot basic income are even more controversial.

In 2015 the Dutch Parliament passed the Participation Act. This piece of legislation aimed to tackle unemployment by introducing ‘workfare’ regimes: placing stricter conditions on welfare claimants, but also offering opportunities for municipal governments to tailor their own support schemes.

As a result, 25 Dutch municipalities are currently planning to launch a study involving 22,000 claimants in 25 different towns and cities across the Netherlands.

However, after a great deal of international publicity around these trials, the Dutch central government has weighed in with its own Weten Way Werkt scheme (“Know what works”), a complex proposal originally drawn up for the city of Utrecht.

This will test a number of different scenarios: from a system of unconditional welfare payments, to the workfare model. The total sample of intended recipients will be divided into six groups, with each group having to meet a different set of requirements to receive their payment.

However, experts are worried that the sheer complexity of this pilot will compromise its value.

Social scientist from the universities of Groningen, Tilburg, Utrecht and Wageningen have already written to the Dutch Parliament to say no evaluation will be possible.

The scheme drew further criticism when it was announced that even the group receiving “unconditional” payments will be monitored by officials. If their job-seeking efforts are found wanting, they will be removed from the programme.

Rather than a basic income experiment, the Dutch are in fact testing a number of different models for delivering welfare schemes. A reminder that day-to-day politics often gets in the way of properly testing basic income.

The need to demonstrate populist political points about incentives to work and welfare scroungers is a common message from central governments, like the Dutch, keen to tackle the issue of growing welfare bills.

‘Basic income’ in Canada
It’s therefore not surprising that the most pioneering work on basic income has tended to occur at a sub-state level.

In June 2017 Ontario launched a study involving 4,000 adults in three cities across the Canadian province.

Under the scheme it’s not just people already receiving welfare payments who will be eligible. The provincial government is also targeting the underemployed and those living in poverty.

More than any other country Canada has form on making progress around the basic income issue.

In 1974, about 1,000 residents in Dauphin, a farming town in Manitoba, were offered monthly payments with no strings attached.

Known as “Mincome” this scheme became a landmark study for basic income campaigners, and its findings are still widely referenced today.

Crucially, Mincome found only marginal differences in the amount of work carried out by participants. However, it did register that mothers spent more time on maternity leave, while young males deferred leaving school to find work and instead stayed on to get better qualifications.

However, like the Ontario experiment, Mincome was closer to a negative income tax than a basic income – in that the state began to claw back money from recipients as soon as they earned above a certain threshold.

There are also doubts about the long term political viability of this new pilot, with current polling suggesting that the Liberal government in Ontario will lose its majority in the next provincial elections in 2018.

Alternative models
Despite its relative simplicity as a policy, veteran basic income campaigners understand the scale of the challenges involved in implementing basic income.

Foremost amongst these is the fact that basic income is a threat to the existing political establishment.

As the American political scientist Charles Murray pointed out in the forthcoming documentary on basic income, Free Lunch Society, “it will require the elites to give up feeling good about themselves.”

Perhaps this is why a slew of self-starting initiatives at a grassroots level are seeking to take matters into their own hands.

The German group Mein Grundeinkommen (My Basic Income) has given over 50 people $12,000 a year. The project is paid for using crowdfunding and has raised more than €520,000 from around 44,400 people. Recipients are chosen by lottery.

Elsewhere, the Dutch Society for Innovations in Economics and Community awarded its first basic income in 2015 to a man chosen because of his unpaid work in the community. When asked what the first thing he purchased was, he responded, “I bought time”.

It is also worth noting that the most successful larger scale pilots have taken place in the global south. Experiments in Namibia and the Indian province of Madhya Pradesh allowed for more in-depth research into the impact of basic income on an entire community, rather than just monitoring individual behaviour.

Intriguingly, such studies have seen change persist, even after the pilot has finished. Effects include the emancipation of women, investment in tools, equipment and livestock, and a wider range of ambitions and aspirations.

At the other end of the global income divide in San Francisco, Taiwan, South Korea and Iceland, politicians are sitting down to work out how to test basic income. First and foremost, they should consider the difficult task of how best to explore a policy that is both universal and unconditional.

Tellingly, basic income as a universal right could be far more difficult to implement in the wealthiest nations on earth than the poorest. However, with crumbling welfare states, spiralling inequality and shrinking wages on the horizon, preserving the status quo in these countries could present an even greater challenge.

Whatever the barriers to the implementation of basic income, its appeal remains strong because the benefits of economic growth are now going exclusively to the wealthiest in society.

This situation, in which technology is undermining the viability of wage labour, is neatly summed by Albert Wenger in the following clip from Free Lunch Society.

These bare facts will form the basis of our next piece exploring basic income: on how it could impact on the politics and viability of the wider European project.